Do you feel like I'm reading a script
right now? Well, in today's video, I reveal how to read a script
without sounding scripted. Hey, it's Tom Jacobs. Thank you so
much for stopping by the channel. I am really grateful that you are
here. If you're new to the channel, this is all about presentation,
performance and profits.

For the small business owner, we go
through sales training, speaker, training, customer service, training, everything, a small business owner needs to
take their business to the next level. So why don't you
just go ahead and subscribe, just click that button right there. And you will be notified every
time a new video comes alive. So let's dig right into it today. There are so many different aspects of
your business that you're going to need to be scripted from performing
webinars, to doing public speaking, to doing phone calls, even training your staff on how
to respond to certain inquiries, either off the web or through the phone. However it might be scripting
is really important because it creates that consistency in
your business so that the customer experience is the same from one member
of staff to the next member of staff.

And whether you are doing the speaking
yourself or you're training a staff member to do it for you, words do matter. But more importantly, it's how you
say it. If you sound too scripted, then you're going to
come across as robotic. And just following through the
motions, if you just wing it, it will be likely that you'll stumble
over your words and not say the right thing at the right time. I bet
that was super painful for you. So let's do that again. If
you actually read the script, you're going to sound robotic and
come across as not really caring. However, if you just wing it, you're likely to stumble over your words
and not say the right things at the right time. Wow. What a conundrum, what I'm going through today is
also very applicable to training staff members on how to answer the
phone, how to interact with clients.

If they come into your place of business. What we're going through today
on this video is also applicable. If you are training staff to either
answer the phone or make outbound phone calls, you're going to want them to
cover some very specific information, but also to have a real human
conversation with people without sounding scripted. This is what I recommend that
you do based on my many years, working in the theater and on camera, as well as doing hundreds of
presentations on stage and doing webinars and speaking on the phone and even
training my call center staff to make thousands of phone calls and have
that human interaction. In fact, this training that I'm taking through is
almost identical to the training that I take my own call center
employees through as well. The first thing that I do is
actually create the script. Whether it's a presentation, it's
a performance, it's a phone script, whatever it happens to be, I actually
write it out verbatim, word for word, and then I'll highlight the really
important phrases and the words that I don't want to have changed.

So that whoever else I'm training on that
same script is going to have the same phrasing that I would have
and the natural conversation. So this is what it looks like as I
go through a script. So first of all, this is just a regular
lead phone call script. So a lot of it is, you know, the type
of the appointment, things like that. Hi Tom, this is Tom from Tom's business. This is a natural, you want to have
just a small pause right there. I'm calling you back because you
filled out a form for a consultation. Does that ring a bell? And then I want to make sure
that there's a long pause here. And so I'm going to just Mark that up
and then I'm waiting for them to say yes. And then my job is to get some basic
information from you and then to schedule you for that consultation
should only take a few minutes. Now you notice in my tone of voice as
I, it should only take a few moments. So what I'm going to do is
market so that it should take a few moments. 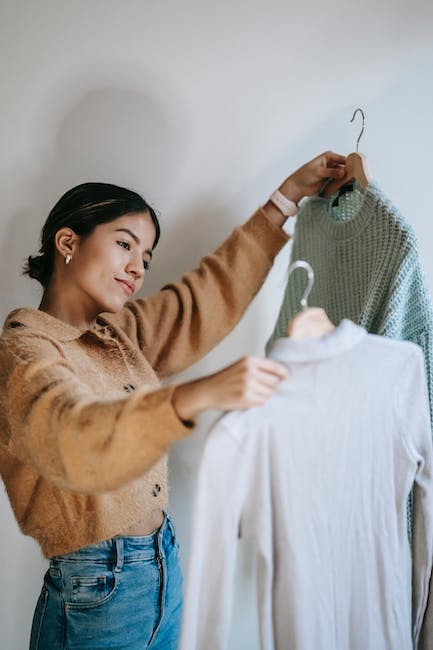 That's exactly how I
should be saying it as well. I have a quick question for you. When was the last time that you
actually recorded yourself speaking? Go ahead and post that down below when
the last time was that you recorded yourself speaking and what that
experience was like for you. Most people don't like the
sound of their own voice. I actually recommend that you
do that on a regular basis. That's why I like to do these videos
because as I go back through it, I'm hearing my own voice.

I'm able to make some changes as I
go along and get better and better. I think if you see some of my first
videos, you're going to say, Oh wow, you've gotten a lot
better with your phrasing, with the way that you speak with
the way that you present on camera. At least I hope that's how you feel.
The next step is really important, especially if you're training others, you're going to want to identify
the intent of the script and not just the entire script, but each
phrase or paragraph of the script.

That way the person that's reading the
script or going through the conversation is starting to think about, well, what do I want that other person on
the other end of that script to feel, what do I want them to interact
with? What do I want them to do? What's the intent of the
words that I'm saying. When you focus on the intent
of what you're saying, then you're going to have a much more
natural conversation without having a robotic monologue. And this will naturally help
you with the vocal inflections. So as you go up, as you come down, as well as the speed and the
volume of what you're saying, as you're marking up your script, you're going to want to also Mark up
where you want to go a little bit faster, where you want to slow down for emphasis. Where do you want to
get a little bit softer, where those pauses are, and even where you want to get a little
bit more excited and bring the volume back up a little bit.

I've actually
put together some done for you, scripts that I would love for you to have. All you need to do is just click the
link below and then go through this whole process of learning those scripts,
marking them up with your intonation, your speed, the volume, making that a real conversation. My last tip on how to read a script
without sounding scripted is a little off the wall. And if you've watched
any of my other videos, you know, I like to add a little technique here
that may be counterintuitive to a lot of people, but it actually does work quite well
when you're going through the script. And in fact, a recent training that
I did with one of my employees, I took her through this whole exercise
and it was extremely uncomfortable for her. I can understand because when
I first started doing it as well, it was a little uncomfortable, but I tell you what the difference between
when we started and when we finished was absolutely night and day.

So here's the tip you want to go
through the scripting. Very, very. Very exaggerated. I know this sounds a little bit silly, but it actually very much
works because think about this, you're stretching that muscle out, just like you would in yoga
or while you're working out, you're stretching your muscles. You're working them a little bit more
extreme so that when they come back to normal, they're better than
where they were before. And when I did this with the agent,
it was, it was just incredible. The amount of difference there
was when she first started, which was a little bit more monotonic
to when we did the exaggerated and we met somewhere in the middle and
it was really, really fun to watch.

So I really highly recommend that
you do the exaggerated technique to get a more natural approach
to your conversations and your scriptings. And that my friends is how you read
a script without sounding scripted. I hope you enjoyed this video very much. So if you would just go ahead
and subscribe to the channel, you can get more videos, just
like this. Give me a thumbs up, make some comments down below. And I
put together a couple other videos, right in right here, and one right here so that you
can learn a little bit more about presentation, performance and profits.

So until next time you have a great day..